Fashion World of Jean Paul Gaultier.
From the Sidewalk to the Catwalk

To date, the exhibition has attracted more than 2 million visitors and has had 12 stops around the world. The world premiere was held in Montreal in 2011, followed by stops in Dallas, San Francisco, Madrid, Rotterdam, Stockholm, New York, London, Melbourne and then Paris at the Grand Palais in 2015, before continuing on to Munich and finally landing in Seoul, South Korea. The exhibition brings together more than 175 ensembles of Haute Couture, ready-to-wear and accessories created between 1976 and 2016. 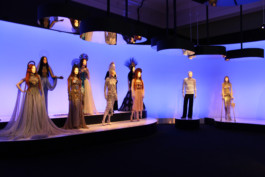 The scenography, sequenced in several chapters whose common feature is the desire to amaze, is associated with the audacity of the UBU theatre company directed by Denis Marleau, and an audio-visual animation of the faces of some thirty models. Projected videos ‘speak’ and plunge visitors into an extraordinary multimedia dimension. 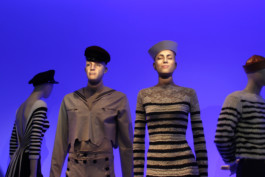 The exhibition is not intended to be a retrospective. The couturier simply wanted to exhibit a large part of his works (Haute Couture and Ready-to-Wear) from 1970 to 2013 (all of them are original) listed through 7 main themes:
→ Gaultier's Falbalas
→ The Odyssey
→ Punk Cancan
→ Muses
→ The Lounge
→ Metropolis
→ Urban Jungle 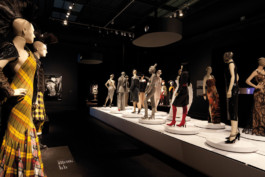 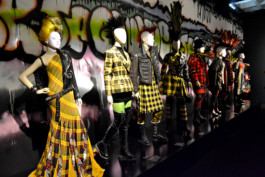 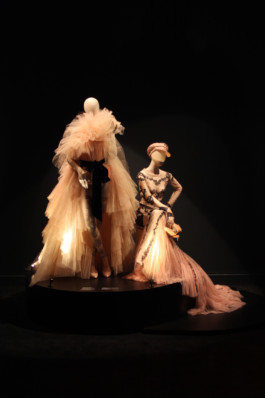 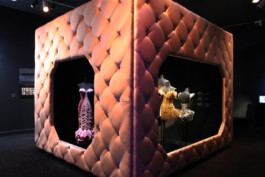 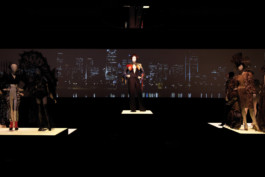 More than a retrospective, this exhibition is a true creation in its own right, which retraces the extraordinary world of Jean Paul Gaultier through a journey that is not chronological, but thematic, focussing on his greatest obsessions: The Odyssey, the Boudoir, À fleur de peau, Punk cancan, Urban Jungle, Metropolis, etc. This unique creator, with an unbridled imagination, has always been inspired by all kinds of differences, whether physical or cultural. A special edition for the Grand Palais unveiled a selection of new haute couture and ready-to-wear pieces created between 1970 and 2013.

This multimedia exhibition also brought together sketches, archives, stage costumes, extracts from films, fashion shows, concerts, music videos, dance shows and even television programmes. The exhibition allows the public not invited to the fashion shows, to discover craft skills and the work of a designer from a fashion house, which, it must be admitted, are extremely rare at a time when the major luxury companies are establishing themselves all over the world. Humanity, tolerance, openness, multi-disciplinarity, madness and sensitivity are at the heart of the exhibition, which highlights Gaultier's universe where everyone is free to assert themselves as they are.

His humanist aesthetic proposes a world in which it is good to live, because it is good to be oneself while being all together. The exhibition simply wanted to show a large part of his works (Haute Couture and Ready-to-Wear) from 1970 to 2013 (all of them are original) listed through 7 main themes:
Gaultier's Falbalas
The Odyssey
Punk Cancan
Muses
The Lounge
Metropolis
Urban Jungle

Project
Travelling exhibition ‘The Fashion World of Jean Paul Gaultier. From the Sidewalk to the Catwalk’