It was a close call!
Imagine building a city in the district of La Muette, which in time will become a dangerous cut-throat to be kärcherised. Without the constant mobilization of courageous residents, the situation would undoubtedly have become unbearable in this haven of peace located not far from the Trocadero square.
But what exactly is it all about?
The construction of 31 social housing units in rue Nicolo in the 16th arrondissement. Who is responsible for this scandal? Paris Habitat, the public housing office of the City of Paris which, with the collaboration of its Mayor, is trying to inoculate the virus of social mixing wherever it can.
Is there no more room in the suburbs? And haven't we ever seen poor people in La Muette? Admittedly, not everyone pays the ISF, but still, there are limits. It's as if no one outside western Paris is aware that the many municipal employees, who are usually eligible for social housing, earn much more in this arrondissement than their other Parisian colleagues. So why do they insist on building social housing there? Surprising, isn't it?
For Claude Goasguen, the Mayor of this often outraged district, this is yet another political provocation aimed at stigmatizing his dear voters.

Unable to stand it any longer, he brilliantly declared at the Paris Council of 7 June 2010, and incorrectly chosen terms, that the inhabitants of the 16th arrondissement will soon have to wear "a yellow star" because of all the criticism they receive. It makes sense.
Supported by this paragon of civic-mindedness, the residents have therefore referred the matter to the Paris Administrative Court to have the building permit for this planned disaster suspended. They were heard, thanks to the Juge des Référés. This new crusade has also continued to be successful since all the construction projects launched by Paris Habitat in this district (i.e. 407 housing units) have been suspended or are about to be suspended.
Today we owe you the truth. The courage of these people has opened our eyes; this class struggle has moved us. How could we have remained blind for so long? It is strangled by remorse that we appeal to architects.
Dear colleagues, illustrious elders, pull yourself together. In Paris, there is a lack of offices, shops, big hotels, and you would do better to work on more respectable projects. Is this already the case? Then stop wasting your time with these ridiculous dwellings and let us build together the ramparts against these attacks from outside. The meadow of social consanguinity will be eternally grateful to you. 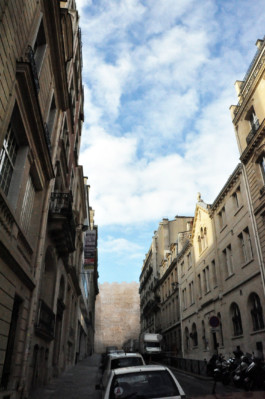 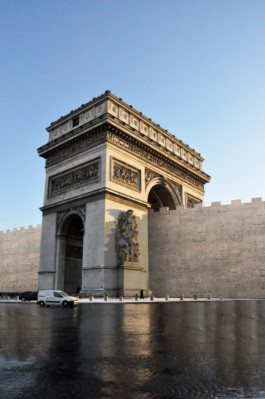 We are inspired to write this text as a result of the new construction of 31 social housing units in rue Nicolo, in the heart of the La Muette district in the 16th arrondissement. Indeed, we started the studies, but the project stopped dead in November 2011, following the appeal of residents.